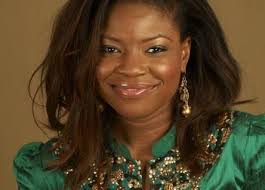 According to what National Enquirer magazine reported, the host of the recently concluded dance oriented reality TV show, Maltina Dance Hall sponsored by Nigerian Breweries, Kemi Adetiba has been trying to manage a scandal for quite a while now.

The pretty and good looking TV gal is currently swimming in a messy fraud which might mar her hard earned reputation if not nip in the bud. The Law graduate turned superstar compere, TV host, MC extraordinaire and cinematographer with a difference we gathered was arrested by the anti graft agency, Economic & Financial Crimes Commission, EFCC over her shady involvement in a N15m belonging to a church in Gbagada area of Lagos.
According to sources, the money-N15m (fifteen million Naira) was said to have been entrusted in care of the multi-talented lady to help a certain non-governmental organization in the church to handle some production deal which she never did.
Though details of the deal is still sketchy as at press time, we gathered reliably that Kemi was arrested and whisked to the Okoti-Eboh street, Ikoyi office of the EFCC shortly before the Maltina DanceHall season 6 kicked off. The Ekiti State-born lady whom we learnt cannot express herself in Yoruba had to beg the officials of the EFCC to allow her host the show (Maltina DanceHall Season 6) promising she will make sure she sort out the debt as soon as she finished the show.
Post Views: 17