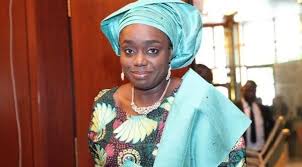 Thirty-six states of the Federation and the Federal Capital Territory, Abuja, collectively smiled home in the month of July when they pocketed a whopping N673.324billion as their share of statutory allocation and first tranche of the excess crude earnings distribution for the period.

This was revealed in a document from the office of the Accountant-General of the Federation titled: Distribution of Statutory Allocation and Excess Crude Proceeds to the three tiers of Government in July 2016, a copy of which THISDAY got yesterday.

The report showed that five of the states: Rivers, Bayelsa, Delta, Akwa Ibom and Kano, catapulted themselves to the two-digits wrung with each carting home between N10 billion and N25 billion.

Leading the pack, Rivers state got a grand total of N25,883 billion which is made up of N10.138 billion from 13 per cent derivation, N12.803 billion from excess crude, N1.39 billion from statutory allocation and another N1.5 billion excess crude for local governments in the state.

Similarly, Bayelsa state received N7.97 billion from the 13 per cent derivation account as well as N10 billion from excess crude account. The state also had its accounts credited to the tune of N538 million for its councils and another N597.7 million excess crude for the same councils in the state.

In total, the state smiled home with a whooping grand total of N19,197,410,863.92. In the same vein, Delta State which garnered a total of N18.622billion, had its share broken down thus: 13 per cent derivation N6.977 billion; excess crude N8.734 billion; statutory allocation for local governments N1.379 billion and excess crude distribution to the councils N1.531 billion.

According to finance ministry officials, what is being paid as proceeds of the difference between the budgeted volume short fall from a current Niger Delta situation where Nigeria is only producing about 2 million barrels of crude oil per day instead of the OPEC allocation of 2.5 barrels per day matched against excess earnings of over 70 dollars per barrel when the budgeted reference price is 35 dollars.

THISDAY checks reveal that this is the first of such payments as states will continue to enjoy this windfall over the next several months. The fourth highest beneficiary and another oil producing state of the Niger Delta, Akwa Ibom, has its breakdown as follows: statutory allocation N6.458 billion, excess crude distribution N8.065 billion, statutory allocations for state councils N1.569 billion while the excess crude account for councils was credited with a whopping N1.738 billion. In total, the state got N17,831,804,082.85.

Conversely, the FCT, Gombe, Ebonyi, Nasarawa and Ekiti States went with the least allocations of between N73.3 million and N4 billion . While the document further showed that the FCT got its accounts credited to the tune of N673.324 million, Gombe State became richer with M4.435 billion lumped into its accounts.

EFCC Reveals That $15b, Not $2.1b Arms Deal Money Was Stolen